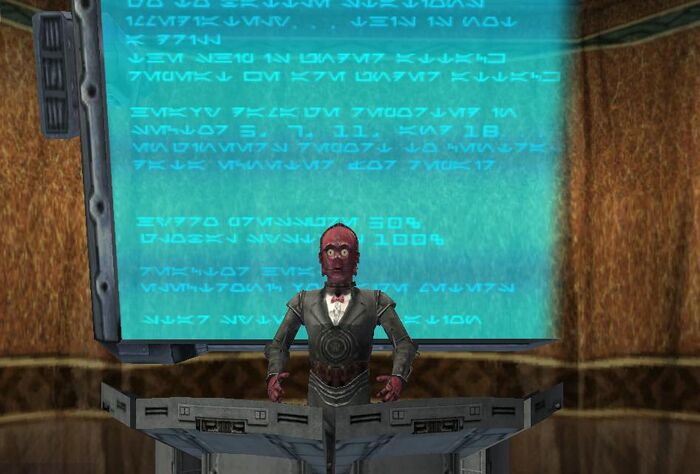 This vendor droid sells all things related to the Chronicles System that was brought into the game with Game Update 13. Items can be purchased using silver coins that are given as rewards for completing Chronicle Quests or gold coins that are equivalent in value to 1000 silver coins. All of the rewards are Tradable.

Retrieved from "https://swg.fandom.com/wiki/S7-U44_Vending_Droid_(a_Chronicles_Reward_Vendor)?oldid=148625"
Community content is available under CC-BY-SA unless otherwise noted.