Edit
watch 02:34
Fire Emblem Warriors: Three Hopes - The Loop
Do you like this video?
Play Sound

Mos Nihil Located in Ebe Canyon Crater a mere 2500m north of Mos Entha, Mos Nihil was the first city constructed by the players of Bria. Being located along the old Pod Race Course makes this a great vacation spot. Many stop by and all are impressed with the quaint town. Being founded by close friends, Mos Nihil has a very small town feel despite its large number of citizens.

The first thing you would notice about Mos Nihil is that it’s built in a huge crater. Whether you are standing in the crater or looking down upon it from the sharp cliffs, it’s an impressive sight to behold.

The city was founded and built by the members of Dominus Nihil.

Mos Nihil used to have an odd bug causing all vehicles to ride vertically (nose pointing to the sky). This was a result of poor coding by the devs and happens anytime a vehicle goes below sea level (negative elevation). Since the entire city is below sea level, this used to make travel somewhat humorous.

During the height of SWG during the Pre-CU and CU periods, Mos Nihil was a common meeting ground for Rebels and the frequent site of fierce battles. Unfortunately, the city was also on a server line which has caused many problems for those who have lived there (this was fixed eventually). At one point, the ID placed over a hundred bases surrounding Mos Nihil which caused most of the buildings and everything inside them to disappear. They remained that way until the ID removed their bases and the server was reset. 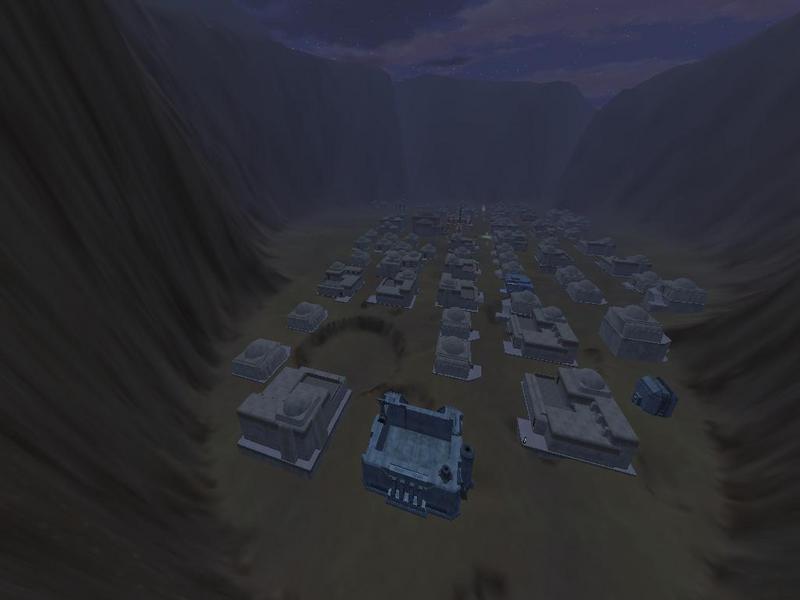