Raise a Floppa - The Loop

Effect: The forage ability can be used to find lyase enzmyes, fishing bait, rare food components, and treasure maps. This ability has a 50% chance to find something, and a 50% chance to get nothing. Please note that in order to forage somewhere, it must be at least 5 meters away from somewhere else you had foraged that session (If you logged out, then back in later, you could re-try a spot, but why do it that way?), outdoors, and outside of npc city limits.

This ability will also sometimes spawn a Forage Worm or a random NPC (either always at the same level as you). The NPCs are easy to kill and usually scream something about you not stealing their treasure, or about their intention to rob you.

Note: Maps are hard to find, the drop rates on them were much greater a while ago, but people found an exploit to forage AFK, and there was no way to stop it, so the Devs reduced the drop rate. You can dramatically increase your rate of finding maps and successfully foraging by using Kommerken Steak.

Pre-NGE, scouts had the ability to forage, and nobody else could. They could find a vareity of useful foods, fishing bait, and other things. The ability was removed alongside scouts with the NGE, but brought back during chapter 5, with the foods (Jar of forage fungus, etc.) removed from the table. Initially, it was only good for finding bait, but with chapter 6 and the release of Beast Master they added lyase enzymes to the table, along with treasure maps. 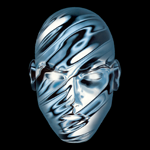