Dantooine is an unspoilt planet dominated by sprawling purple grasslands. The native species, the Dantari, live along the coasts and rarely pose a threat to players unless provoked. Although they are primitive, they are, in an evolutionary sense, Dantooine's highest native life from.. Much of the planet's wilderness is comprised of peculiarly shaded purple fields. Despite this, Dantooine is one of the more adventurous and dangerous planets due to its wildlife and inhabitants. Only three small outposts are on the planet.

Although it's the home of the "Abandoned" Rebel base, Dantooine is mostly known for its hunting. From newbies to veterans often gather at the Pirate Outpost in order to find and/or form groups. But, your character also has to be careful, because in addition to the Bol, Piket, and Thune, the planet is also home to such dangerous creatures such as the Graul and even has random spawnings of Dark Jedi.

Players can place houses on Dantooine, as they can on Lok. These two planets similar to "pre-advanced" planets that can help prepare players for the dangers of Yavin 4, Endor, and Dathomir. Although walking about in the Dantooinian wilderness is not as dangerous as it is in Lok, there are many places, particularly in caves, that are much more dangerous than Lok and should be explored with great caution. Like Lok, it is similar to a transition between the starting worlds and the advanced worlds due to players' ability to place houses, but lack of substantial cities.

Some interesting areas on Dantooine include The Warren , the Abandoned Rebel Base, and the Dantari Rock Village.

Dantooine lacks real cities, and only sports three small outposts. These are the Dantooine Imperial Outpost, the Dantooine Mining Outpost , and the Dantooine Pirate Outpost. They all have spaceports, as well as smaller versions of common city amenities (cloning facilities, cantinas etc.). The mining outpost is shown as the most popular Dantooine outpost on most servers.

Dantooine has no real buildings, aside from the ones in the outposts, so its architectural style can be considered generic. This style is available on all planets that accept player buildings. Player houses and buildings on Dantooine can be built in Naboo and Tatooine styles, however.

Dantooine is full of large oceans and huge purple fields. Some mountains are present, as well as trees. The sky is a uniform shade of blue. However, its landscape has is generally uninteresting.

Dantooine's weather is not extremely special. It does rain occasionally, but it does so on nearly every planet anyway.

Dantooine is part of the Dantooine System. 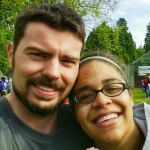